The End Of Captalism

Yesterday, in his speech to the UN, Iranian President and psychopath Mahmoud Ahmadinejad claimed that Capitalism was dying and in need of replacement. 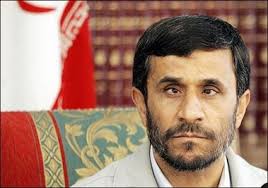 “The discriminatory order of capitalism and the hegemonic approaches are facing defeat and are getting close to their end,” Ahmadinejad said.  “…The undemocratic and unjust governance structures of the decision-making bodies in international economic and political fields are the reasons behind most of the plights today humanity is confronting.”

While he didn’t offer any alternatives, he said, “The world is in need of an encompassing and, of course, just and humane order in the light of which the rights of all are preserved and peace and security are safeguarded.”

Ahmadinejad’s view of world and Capitalism is about as myopic as his view of homosexuality in Iran.

Fingers are getting tired; we’ll just call him Mr. Acme.

Let’s just look at Mr. Acme’s latest visit to the U.S. to see how bad Capitalism really is.   And each time we run across something that exists by, through, and because of capitalism, we’ll mark it with a (C).

Mr. Acme lives in a building of some sort with air conditioning (C) and light (C).  He wears Members Jackets (C) and seems to shave parts of his face with a razor (C).  He drives a car (C) from his home (C) to the airport (C).  He gets into a plane (C) and flies to America (C).

(As an aside, the trip is paid for with Petrodollars that flow into his country because of the discovery of oil (C) and its ability to power cars (C), planes (C), ships (C), etc.)

We suspect Mr. Acme eats food that was presented on a plate (C) with a knife (C) and fork (C).  He might even drink bottled water (C).  His entourage wears suits (C) and radios (C) with ear pieces (C), so he can be protected and kept safe.

That’s the short list, but you get the idea.  President Acme couldn’t even come to America to complain about Capitalism but for its very existence.

President Acme, you ought to be thanking your lucky stars for Capitalism.  Without it, you’d be wiping the shit off your ass with your hand.