Mr. Potatohead! Mr. POTATOHEAD! Back Doors Are NOT Secrets!

It’s nice to see folks like Ronald Reagan and Fred Thompson make a go at politics after long and successful acting careers.  And, it’s a little known fact that Anthony Weiner had a small, but important, role in the movie WarGames! 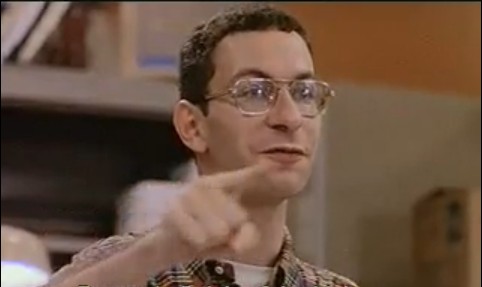 And, as it turns out, Weiner probably should have spent more time considering the relevance of the scene on his life in politics… …and underwear!

Will Malvin’s fretting about back-doors be Weiner’s next excuse for how the hacker got into his computer system and forwarded a picture from HIS yfrog account?  Are there other back-door euphemisms waiting to be exposed on Weiner’s laptop?

I don’t think we’ve had a more crystal clear example of a politician caught, literally, with his pants down… …and lying, gaming, and obfuscating his way through the media circus.  Even Bill Clinton’s assertion that he “did not have sexual relations with that woman” had more believability than Weinergate.  Senator Larry Craig’s assertion that “I am not gay; I have never been gay” has more credibility.

This is so bad that even CNN is asking tough questions.  When a liberal like Weiner is getting something other than softball questions from CNN, you know it’s bad!

Give it up Weiner; the IP Address of your computer is going to be undoing of your game and career.