Over the last few weeks, there has been a lot of discussion from Jefferson City politicians suggesting the General Assembly will be called back into a special legislative session focused on “economic development.” In fact, Senate and House leadership have spent much of July in a backroom in St. Louis cutting a deal that is short on economic development and short on tax credit reform, but long on government handouts to campaign donors and special interests in the name of “economic development” and “job growth.” The General Assembly usually meets January through May, but for extraordinary reasons, the Governor or General Assembly can call itself into session to pass what it deems as legislation that cannot wait until January.

Senate and House leadership have recently announced a deal they cut behind closed doors in a non-transparent inside job, which is now being pushed to be passed in a special session. This back-room deal must not be allowed to pass. But let me be clear, there is a path to do right by the Missouri taxpayer, but it will take you demanding that Jefferson City politicians put you first instead of their fat cat campaign donors. It is my hope that together we are successful.

In this series we are discussing where we are as to a possible special session, what is wrong with Leaderships’ back-room deal, what special interest provisions must be eliminated and how we move forward with an economic development bill that puts Missouri first, not connected special interests and lobbyists. There are several issues at play; last week we discussed Aerotropolis tax credits for St. Louis Lambert Airport. There still remains Historic Preservation tax credits, Low Income Housing tax credits, Brownfield tax credits, Land Assemblage tax credits, and Circuit Breaker Property Tax Relief tax credits for owners and renters of real property. We will discuss all of these issues and the changes that must be made to leaderships’ backroom deal. You will probably learn more then you want to know, but it is vital that you know what is going on with your hard-earned tax dollars in Jefferson City. 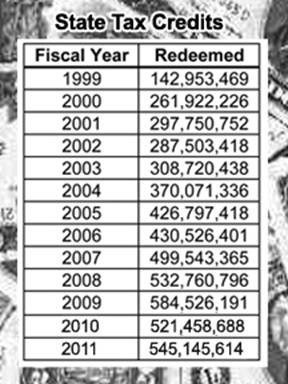 The second issue is Historic Preservation tax credits. In my opinion, state tax credits in Missouri have become programs that favor special interests and wealthy developers who are generous to politicians’ campaigns. And these special interests are well represented in the halls of the Capitol by lobbyists who continue to convince legislators that tax credits create jobs or enhance economic development when all they really do is line the pockets of their beneficiaries. And as the influence of these special interests have grown, so too has the expansion of many tax credit programs. In total, Missouri tax credits have increased over the last 13 years by 430.9 percent, equaling $545 million in 2011. For Fiscal Year 2012, budget experts estimate the number of tax credits will grow to $639 million.

Missouri provides developers with a tax credit for approved development costs associated with qualified rehabilitation so long as it falls under certain lose parameters to be considered historic. To finance these projects, the developer takes the tax credits and sells them for cash.

Tax credits, however, go through a different process than most expenditures of state money; they do not go through the normal legislative process of appropriations. Instead, the General Assembly sets the rules in law of how Historic Preservation tax credits are issued. As part of the special session, House and Senate leadership made a deal to rewrite those rules and are cynically calling it tax credit reform.

Leaderships’ bill expands what development costs can be covered by Historic Preservation tax credits. That is, developers could receive more of your money resulting in fewer projects. Horribly so, under the label of reform, their bill would strip government oversight and accountability of your hard-earned tax dollars. Leaderships’ bill prevents the Department of Economic Development (DED) from independently reviewing eligibility costs and expenses of projects receiving tax credits; instead, they will just have to accept whatever is submitted by the developer’s own accountant. A limited audit can only be done after all tax credits have been issued and the developer has already taken your tax dollars.

Silly me. I thought we had elected Republicans in Missouri to lead forward in the fight for Fiscal Responsibility and Accountability to the People.  Sounds like the establishment Republicans leading the MO House and Senate are still more interested in lining their pockets and staying in power. 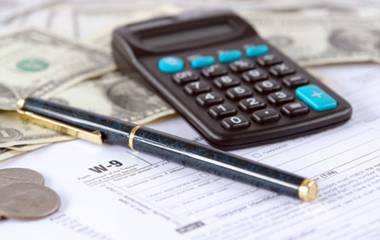 I believe now is the time to make fundamental positive reforms to Historic Preservation tax credits. We should subject awarding tax credits to a transparent process, where your representatives will have the chance to look at all the things we spend your tax dollars on and prioritize accordingly. In Missouri, the method by which we set Missouri’s priorities in the appropriation process. Through this process, we ask each of the state’s expenses to stand in line before your representatives in the General Assembly; requiring them to demonstrate why, with limited resources, they should be funded over others. By making tax credits subject to the appropriations process, all state expenditures would now stand in line and prevent favorites, by allowing those who receive tax credits to cut to the front of the appropriations line.

True reforms to Historic Preservation tax credits must also include strong policing and clawbacks when a developer fails to provide an economic return to the state. Leaderships’ bill prevents DED from auditing developer expenses before issuing tax credits and prevents clawbacks on the individual developers receiving them. We must have an efficient way to get your money back. Reform must include personal guaranties so the developer is on the hook to repay the state when tax credits are misused, not just his or her shell corporation as Leaderships’ bill provides.

As you know, I have concerns with awarding any new tax credits while cutting education budgets in Missouri. As conceived by Senate and House leadership, Historic Preservation tax credits are a special interest giveaway to fat cat campaign donors. But, if Historic Preservation is going to be about true economic development, we must make the changes we’ve discussed. And if Senate and House leadership fight us and fight the elimination of these special interest provisions, then they must be defeated as well.

Now is the time for government to live within its means, not spend money it does not have by authorizing giveaway tax credits not tied to performance. Together we have an opportunity to do right by the Missouri taxpayer but it will take you, the bosses of the politicians, to demand the right legislation is passed, if there is a special session. This can be done by taking back our state government and holding Senate and House leadership accountable; shining a bright light on the problems with their back-room deal and watching them scatter like cockroaches from their current position. Again, I need your help holding these politicians accountable. They are counting on your silence. In the coming weeks we will examine further the issues and changes needed for a taxpayer first special session.

As always, I appreciate hearing your comments, opinions, and concerns.  Please feel free to contact me in Jefferson City at (573) 751-2459.  You may write to me at Jason Crowell; Missouri Senate; State Capitol; Jefferson City, MO  65101, or e-mail me at: jcrowell@senate.mo.gov or visit me on the web at http://www.senate.mo.gov/crowell.

Posted by bbollmann on August 13, 2011 in Government Waste, Taxes