Previously, after the release of monthly Unemployment Data by the Bureau of Labor Statistics, I had done a couple of analyses looking at the labor force participation rate — the number of people the FedGov thinks is working versus the number of people that should be working.  After giving some further thought to the issue, it occurred to me that it still didn’t really show the true picture of employment in America.  It did not answer this question:

How many people are working as a percent of all the people in the United States? 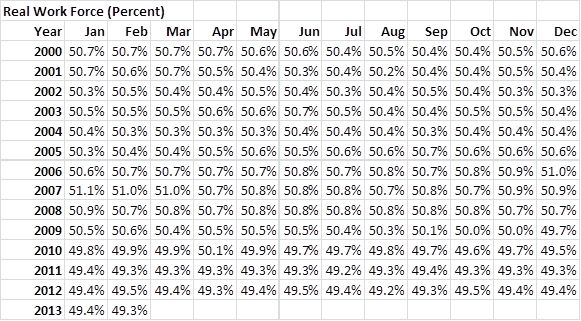 At the end of Clinton’s administration, over 50% of the population in America were in the labor force!  That number stayed mostly the same and then increased through through the early parts of 2007.  That percentage has decreased since the beginning of 2007 and is now down by nearly 2%.  You’re welcome to comment below as to what happened in early 2007 to turn the trend around. 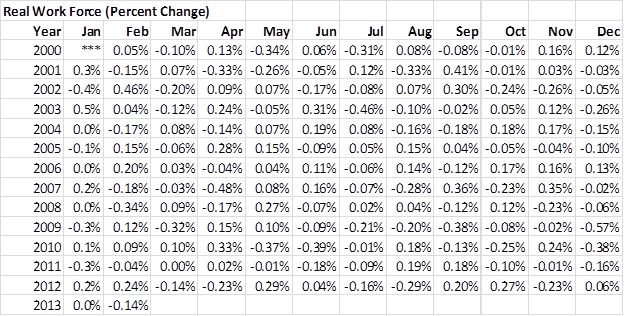 If I forget to put out this analysis in future months, please remind me.  Things won’t get better in this country until millions more people are pulling the wagon!