A Triumph Of The Free Market

In Cape Girardeau, Missouri, on April 5, 2011, the do-gooders once again knew better… …and that there needed to be a government-enforced ban on smoking in Cape’s restaurants and bars.  The do-gooders (aka liberals who assail freedom at every turn) were able to get a smoking-ban initiative on the Cape ballot and the vote ensued.

The Mayor was torn, but came down on the side of freedom:

Mayor Harry Rediger said Tuesday he had mixed feelings about the election results. He is not a smoker and understands that smoking is a health hazard, he said. But, in the end, his concerns about government interference were paramount.

“To me, this proposal overstepped its bounds,” he said. “It should, in my opinion, have been a business owner’s decision how it wants to treat its business.”

The result? Businesses were free to decide for themselves.  And, a few weeks ago, a business in Cape did just that.

As a Libertarian / Conservative, I was thrilled to see the local Pasta House Company restaurant make their own decision to enforce a smoking ban.  As a smoker, one knows they need to go to another business, such as Bella Italia, who currently allows smokers to enjoy a completely legal product.

This is the Free Market at work.  I praise the 52% of Cape Girardeau residents and the city leaders that believe in that Freedom.

The do-gooders couldn’t beat common sense in Cape Girardeau in today’s election.  Private businesses will still be allowed to decide for themselves what’s the best policy for the use of a completely legal product at their locations.

In a stunner, with the pro-smoking-ban lobby outspending 10-to-1, the people of Cape Girardeau voted for Free Enterprise and to allow PRIVATE BUSINESSES to determine what their cigarette, pipe, and cigar smoking policies will be.  Unofficial results as of 8:51pm show the ban failing 47% to 52%. 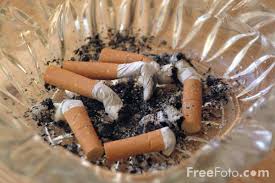 Yes, smoking is a disgusting filthy dangerous deadly habit.  Having smoked for 28 years and finally quitting after several tries and methodologies, I am keenly aware of the affect smoking can have on health, family, friends, business, and life.

But, the bottom line, it is a product that is legal for sale and use.  And, the business owner is the only one who has the right to determine whether or not the use of a given legal product will be allowed.

Yes do-gooders; I’m sure you’ll be back another day to tell them how to run their businesses and that somehow non-smokers have a right to tell other customers how to behave.  But for today, free enterprise prevails in Cape Girardeau!

Posted by bbollmann on April 5, 2011 in Election, Free Market, Freedom